I have neglected adding reviews here. So I am going to add two, to make up for it. One funny, one not so funny. The first one will be…

I keep reading this series because it’s easy to read, but it also irritates me because it’s simplistic, implausible and flat. I found this book better than the two previous, yet it still leaves much to be desired. I mean we’re talking about Assassins, you know? Stuff that normally would have rocked your socks to a speed metal mosh pit degree. Instead we get eh, meh, bleh, blah de blah, and dying men who have been stabbed in the neck and still deliver last speeches that amount to whole paragraphs of text. I’m positive that if I’m ever stabbed, I’ll make sounds like a defective sprinkler sputtering to life and a dying goldfish. I won’t have enough breath left to reveal so much before kicking the bucket. Altair’s victims, once they have been given the killing blow, turn incredibly talkative. From now on, next time one of my heroes wants information, he or she won’t threaten to kill the prisoner unless they talk. They will kill the prisoner et voila, they will be given all the information they need and then some. Maybe even offered hedge fund strategy advice. Who knows.

I’m not sure how the writer would have handled things if he had been given freedom to do what he wanted instead of following a predetermined plot. Maybe the result would have been better. Personally, I’m waiting for the movie with Fassbender and hope it will be worthwhile, because the books I’ve read so far have failed to give me my fix. 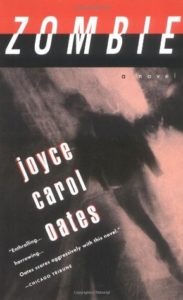 While I love serial killers and reading about the darkness of human soul (one of my favourite books is Exquisite Corpse by Poppy Brite), I didn’t enjoy this one. I could not get into the narrative. I felt I was reading the diary of a ten-year old with serious expression and consistency problems. I also felt that the book aimed at shock value. I found it artificial and forced. I understand that the writer chose the particular style of narration to show the chaotic, emotionally stunted inside of the killer’s head, but unfortunately it made the book unreadable for me.

I have tried to read a short story by the same writer with similar results. I fear it is a matter of taste; Mrs. Oates doesn’t work for me.

Zero stars: Why me?!? I do come across books that aren’t really books, but brain damage in disguise. For reasons you can all understand, I won’t be publishing reviews on them. I tend to become enraged and say things I later on regret.
One star: Meh…I didn’t like it and won’t be keeping it. It might be the book, or it might be me. I’ll try to clarify in my review.
Two stars: Average/ Okay.Either the kind of light/ undemanding book you read and don’t remember in a month, or suffering from flaws that prevented it from realising its potential.
Three stars: Better than average.Good moments, memorable characters and/ or plot, maybe good sense of humour… Not to die for, but not feeling like you wasted your time and money either.
Four stars: Wow, that was good!Definitely keeping it and checking to see what else I can buy from the same writer.
Five stars: Oh. My. Goodness. The kind of book you buy as a gift to all your friends, praise to random strangers on the bus, and re-read until the pages fall out and the corners are no longer corners, but round.
My reviews