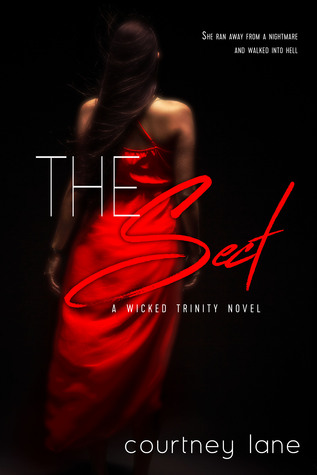 The Sect by Courtney Lane 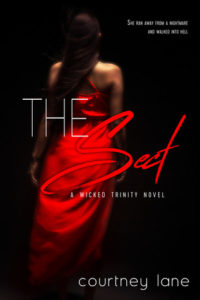 Sometimes I am not happy with self-publishing. This is one of those times.

As a reader and writer, I’ve noticed an interesting trend. Advertise a book as extreme, dark, disturbing, and you get a lot of readers willing to overlook the fact that same book is simplistic, implausible and littered with mistakes. The Sect is such a book. What should have been a final draft on a PC waiting for an editor to kick the living daylights out of it, is instead a published book, first part of a trilogy. Let’s see.

The rich innocent girl cliché has been used countless times, and it is both unoriginal and unrealistic. Just because someone is rich, it does not mean they live in a protective bubble. On the contrary, rich girls tend to be a lot more jaded than girls of the same age and lower income. Why? Use your common sense. I am also tired of seeing innocent girls being thrown in the shit. Where’s the challenge in that? Why not use someone who’s smart and streetwise, and still gets duped? I’d love to see a writer pulling that one off.

The main character’s actions and decisions don’t make sense. Her circumstances don’t make sense either. They just don’t. However they make a convenient basis for the plot, so let’s give her the common sense of a cauliflower. For science!

Three dots are followed by a space if they are in the middle of the sentence.  Otherwise the sentence looks as if it had to urgently hit the brakes and the words kind of clustered together, victims of a tragic typing collision.

Please don’t do that. The Timelords will find you and hurt you.

Dear writers, please don’t use rare and unusual words and expressions if you aren’t certain what they mean of how to use them. Chances are you are using them wrong, and it’s not flattering or constructive (although it can be very funny).

I cherry-picked some examples:

“Since the day after I began living on the street…”

The  word deferred means postponed. Dreams aren’t something that can be cancelled and rescheduled, like a doctor’s appointment.

“It nearly persuaded me into breaking down.”

You can’t be persuaded into breaking down. First of all, we persuade someone to agree to something, and convince someone to do something. Also, if breaking down was a matter of choice, then it would not happen. I think what the writer wanted to communicate here is that the heroine, upon seeing her worried mother, almost gave in and reappeared.

“With his shirt tucked into his slacks, the imprint of his wallet was easily found.”

An imprint is what happens when you press a hard object onto something soft. It does not stick out, it goes in. This sentence means that the guy had a wallet made from titanium and it had left an impression on his butt. I’m also not sure how such a large butt dimple can be possibly misplaced or lost, in order to be found. I think what the writer is trying to say here is that the outline of this guy’s wallet was readily visible.

“His dark brown eyes were trained to the window.”

Train: to point or aim, used with “on” or “at”. It usually refers to a camera, gun, etc. So much better to say his eyes were focused on the window, isn’t it? Ditch the impressive verb and you can both communicate what you want to say and be correct. Unless this guy shoots laser beams out of his eyes and I just didn’t get it.

“I took in the storefronts, some closed, some were on the brink of opening.”

On the brink: point or state very close to something unknown, dangerous or exciting. Unless the storefronts belonged to science labs, brothels and drug dens, I don’t see any reason for the expression “on the brink” here.

“You need to be taught a lesson on who among us is the omnipotent one.”

“I shook my head with a viscous motion.”

Ye gods! This one made my eyes pop out. The only way you can make a viscous (thick and sticky) motion is if you aren’t a human being, but a piece of liver sliding down a wall. Or an amoeba. Or an offspring between a human and the Old ones. Why not write “a hibiscus motion”? It’s prettier and just as nonsensical a choice. I mean, why not. Hibiscus motion. I like it.

You can find the Sect here.

*My star rating and what it means:
Zero stars: Why me?!?  I do come across books that aren’t really books, but brain damage in disguise. For reasons you can all understand, I won’t be publishing reviews on them. I tend to become enraged and say things I later on regret.
One star: Meh… I didn’t like it and won’t be keeping it. It might be the book, or it might be me. I’ll try to clarify in my review.
Two stars: Average/ Okay. Either the kind of light/ undemanding book you read and don’t remember in a month, or suffering from flaws that prevented it from realising its potential.
Three stars: Better than average. Good moments, memorable characters and/ or plot, maybe good sense of humour… Not to die for, but not feeling like you wasted your time and money either.
Four stars: Wow, that was good! Definitely keeping it and checking to see what else I can buy from the same writer.
Five stars: Oh. My. Goodness. The kind of book you buy as a gift to all your friends, praise to random strangers on the bus, and re-read until the pages fall out and the corners are no longer corners, but round.
I don't burn books but take it away or so help me GodMy brain it bleedsMy reviews