I have neglected adding reviews here. So I am going to add two, to make up for it. One funny, one not so funny. The first one will be…

I keep reading this series because it’s easy to read, but it also irritates me because it’s simplistic, implausible and flat. I found this book better than the two previous, yet it still leaves much to be desired. I mean we’re talking about Assassins, you know? Stuff that normally would have rocked your socks to a speed metal mosh pit degree. Instead we get eh, meh, bleh, blah de blah, and dying men who have been stabbed in the neck and still deliver last speeches that amount to whole paragraphs of text. I’m positive that if I’m ever stabbed, I’ll make sounds like a defective sprinkler sputtering to life and a dying goldfish. I won’t have enough breath left to reveal so much before kicking the bucket. Altair’s victims, once they have been given the killing blow, turn incredibly talkative. From now on, next time one of my heroes wants information, he or she won’t threaten to kill the prisoner unless they talk. They will kill the prisoner et voila, they will be given all the information they need and then some. Maybe even offered hedge fund strategy advice. Who knows.

I’m not sure how the writer would have handled things if he had been given freedom to do what he wanted instead of following a predetermined plot. Maybe the result would have been better. Personally, I’m waiting for the movie with Fassbender and hope it will be worthwhile, because the books I’ve read so far have failed to give me my fix.

While I love serial killers and reading about the darkness of human soul (one of my favourite books is Exquisite Corpse by Poppy Brite), I didn’t enjoy this one. I could not get into the narrative. I felt I was reading the diary of a ten-year old with serious expression and consistency problems. I also felt that the book aimed at shock value. I found it artificial and forced. I understand that the writer chose the particular style of narration to show the chaotic, emotionally stunted inside of the killer’s head, but unfortunately it made the book unreadable for me.

I have tried to read a short story by the same writer with similar results. I fear it is a matter of taste; Mrs. Oates doesn’t work for me.

Zero stars: Why me?!? I do come across books that aren’t really books, but brain damage in disguise. For reasons you can all understand, I won’t be publishing reviews on them. I tend to become enraged and say things I later on regret.
One star: Meh…I didn’t like it and won’t be keeping it. It might be the book, or it might be me. I’ll try to clarify in my review.
Two stars: Average/ Okay.Either the kind of light/ undemanding book you read and don’t remember in a month, or suffering from flaws that prevented it from realising its potential.
Three stars: Better than average.Good moments, memorable characters and/ or plot, maybe good sense of humour… Not to die for, but not feeling like you wasted your time and money either.
Four stars: Wow, that was good!Definitely keeping it and checking to see what else I can buy from the same writer.
Five stars: Oh. My. Goodness. The kind of book you buy as a gift to all your friends, praise to random strangers on the bus, and re-read until the pages fall out and the corners are no longer corners, but round. 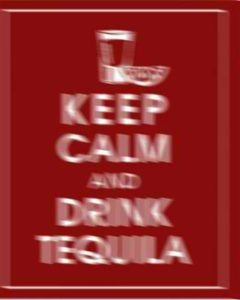 Spoke with two different editors concerning my finished SF Romance novel. Gave them the word count and details. Asked for an estimation for a full editing service. Both quoted the same amount: 1100 to 1200 British pounds. Which translates to eh, about 1500 euro? Which translates to a number of possible scenarios.

1) I murder someone and harvest their organs. Pay the editor and got money left for advertising the book too. I celebrate the publishing of my first novel behind bars.

2) I sell one of my kidneys. Humans can survive with one, right?

3) I start eating my cats to save money on food. Nah, I don’t think I can do that. I mean the hairs will be the end of me. Death by indigestion.

4) I feed my cats less to save money for editing. They eat me alive.

5) I summon a demon and offer my soul in exchange for money. The demon takes a look at it and leaves disgusted. He won’t even tell me why.

6) I summon Cthulhu. He eats me. Mission definitely not accomplished.

7) I ask for a raise. The population of the entire continent laughs so much that the tectonic plate wobbles violently, collides with its neighbouring one and is hurled into space. Finally it smashes on the moon that breaks in two. No more full moons, ever, and millions dead. The orbit of the Earth changes randomly. Days last for seconds or years. Future generations curse my name forever. I am named Lizbeth the Accursed One, Earth Destroyer, Bringer of Celestial Doom. I did dream of posterity, but not like that.

8) I hire a dock bruiser to make the editor take my manuscript for free. The editor obliges, but I am found beaten within an inch of my life when I attempt to pay the bruiser with cats due to lack of funds.

9) I study occult until my final days trying to discover a way to become disgustingly rich. I die as confused as ever, with ten different nonsensical honorific titles, an army of useless disciples and with the book still unedited.

10) I let scientists study me in exchange for $$$. They commit mass suicide. One of them is found having swallowed his own tongue, with both feet somehow firmly wedged inside his ears. He was the one I was reading my stories to. They lock me in a dungeon, throw away the key, and I gnaw my way towards freedom. Eventually I become a feral, if toothless, underground troll. Perhaps an improvement, but still unedited.

11) I persuade readers to buy my published book, the Theater of Dusk. I’ll only need to sway, let’s see, more than three thousand people in order to acquire the necessary money. I’ll probably have better luck farming cicadas. I think in some country they eat them. Not sure.

13) I pray feverishly to dark deities and sacrifice ice-creams. I develop carpet burns from kneeling and nothing changes, except for the aforesaid deities becoming sick of my nagging and making sure I die in a freak accident. They turn my head into a vase for frogathons. (Frogathons are similar to frogs, but they use them in, um, er, marathons and black metal bands. They are really nasty when they bloom. And when they gestribulate.)

Enough. I can go on all night. It’s in the description, really. Bloody writers. Fumbling with a keyboard a lot, accomplishing nothing. I need 1200 British pounds. Any ideas how to find that money while remaining alive and intact? (You do notice I didn’t say sane.)